Here I am with my first post about my adventure in the U.S.A!

Last weekend I traveled to Philadelphia, which is 3h away from Washington D.C. by bus. If you plan to travel around the U.S.A. always check for the bus options! They are the cheapest ones and for short distances the best. You can look at Wanderu, a website that shows you all the alternatives (bus and train).

My friends and I arrived in Philadelphia around 3pm (always remember that the traffic can be the worst on weekends) and I was staying in an incredible house that I booked through Booking.com in the gay neighbourhood near the city centre. I suggest you to find something near the centre as Philadelphia is not as big as other American cities and it can be easily and entirely explored by foot.

In Philadelphia you can’t miss the Old City. The Old City District is the birthplace of American independence and it is best known for its major Colonial-era sites. There you will find the Independence Hall, the building where both the Declaration of Independence and the Constitution of the first 13 states of U.S.A. were signed. Then, there is the Liberty Bell (entrance free), a continuous reminder for those who struggle for their liberty. If you walk towards the Betsy Ross House – she sewed the very first American flag, you will notice Benjamin Franklin’s grave. Then, when you go past Betsy Ross House, look for Elfreth’s Alley, the historic street in Philadelphia that dates back to 1702. And fun facts: some people still live there! Even though I don’t know how they can stand the continuous amount of tourists in front of their homes. 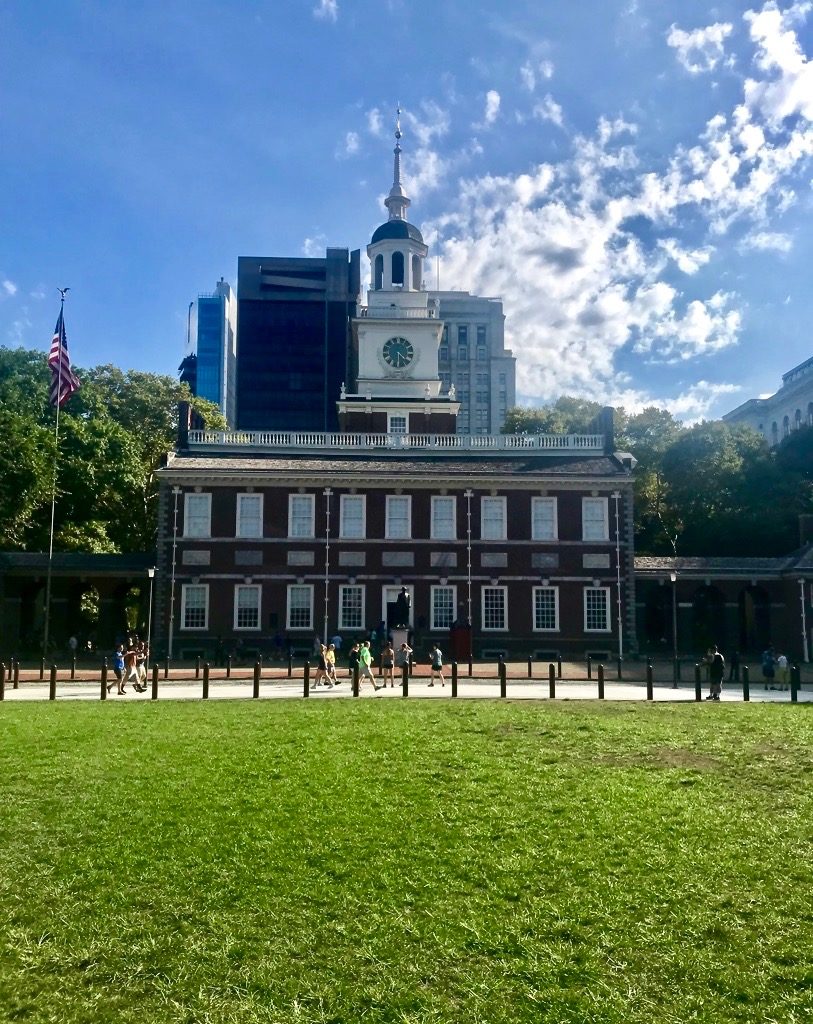 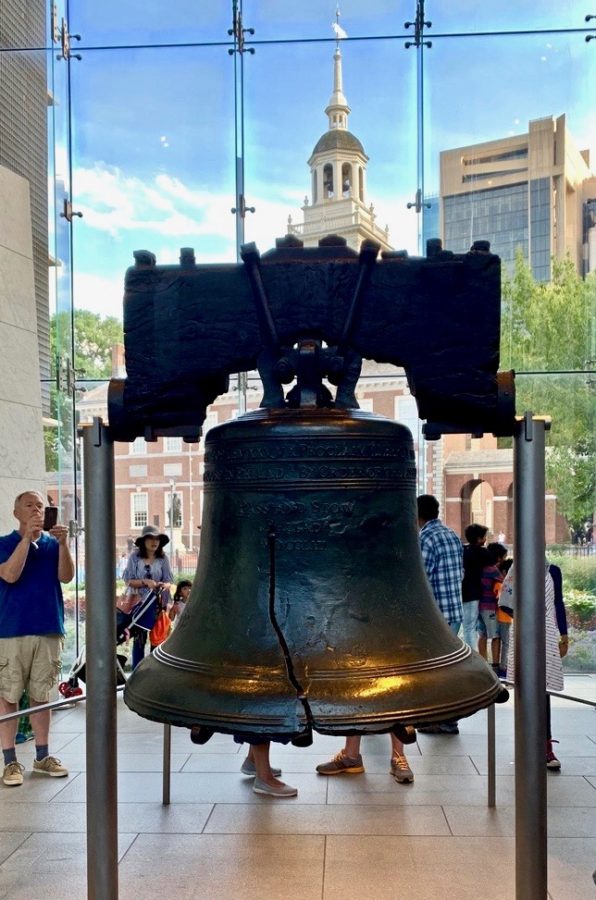 I think the Old City is the best part of Philadelphia. It reminded me of the older Europe, built in red bricks with cute little houses one next to the other. From Elfreth’s Alley you can walk towards the harbour, just relax and wait the end of your day under the Benjamin Franklin Bridge. Another fun fact: when I was at the pier I watched and I was “attending” the very first wedding of my life! How unpredictable is life. Otherwise, if you don’t like the water and life’s surprises, you can stroll around the Chinese district and grab something to eat at Dim Sum Garden (much recommended from Chinese people, so trust me!) 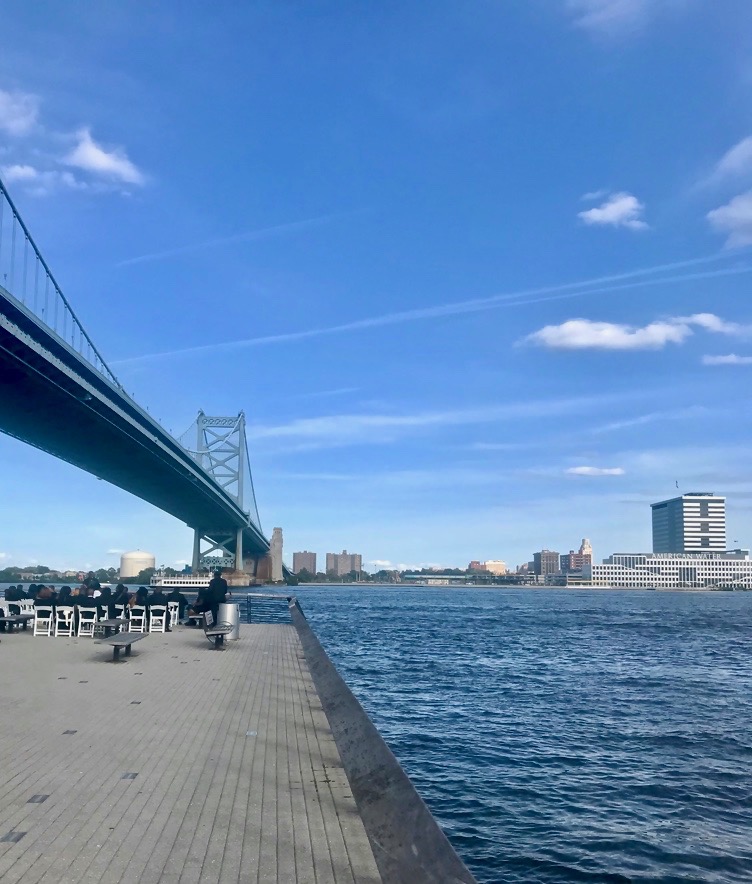 As I told you before, you will noticed that the city isn’t that big also because you will end up in front of the City Hall more than a couple of times. The City Hall is a National Historic Landmark, and at the top of it there is the statue of the city founder: William Penn. Near it, there is the Love Park, a little square with the I ♥️ Philadelphia sign. A mandatory photo is required! If you wanna eat something just go to the Reading Terminal Market, opened everyday from 8am to 6pm. I challenge you not to find anything to eat!

Now, come back to Love Park and from that square go always straight through Benjamin Franklin Parkway you will go past the Basilica of Saints Peter and Paul – the largest Catholic church in Pennsylvania and listed on the U.S. National Register of Historic Places, Logan Square – also part of the Register – and the little but very pretty Sister Cities Park. 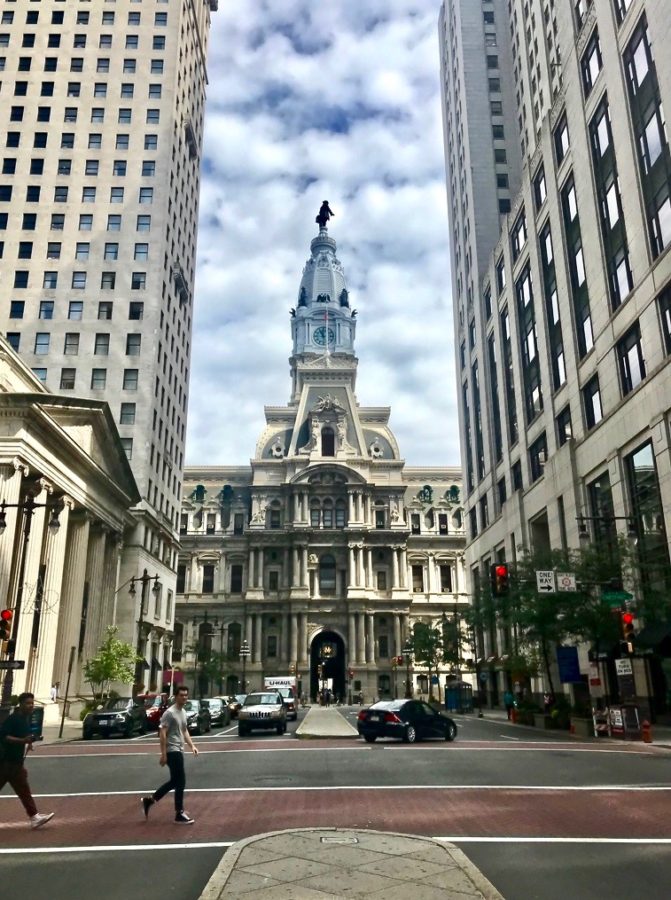 Around the area of Logan Square you will encounter many famous museums. If you look straight ahead you will notice the gigantic building of the Philadelphia Museum of Art, which is opened from 10am to 5pm, but closed on Monday, and the first Sunday of the month you don’t need to pay, just to leave an offer. I know that many of you may be find museums boring and dull, but you can still enter and go directly to the most iconic pieces in there, as the Van Gogh’s Sunflowers.

In front of the Museum there are the famous Rocky steps and its statue, that unfortunately I didn’t see because of a music festival that was going on during the weekend. On the other hand, for those who love art and museums there are also the Barnes Foundation and the Rodin Museum. In Barnes Foundation (if you are a student bring your student ID so you can have a discount) there are primarily works by Impressionist (Renoir and Monet), Post-Impressionist (Matisse, Van Gogh, Cézanne), and Modernist artists and the set up of the museum is crazy. It’s like entering in a house, full and full, I mean every space of each wall was fulled with paintings!

Guys Philadelphia was fun! Prepare your bag, find the bus and just go! 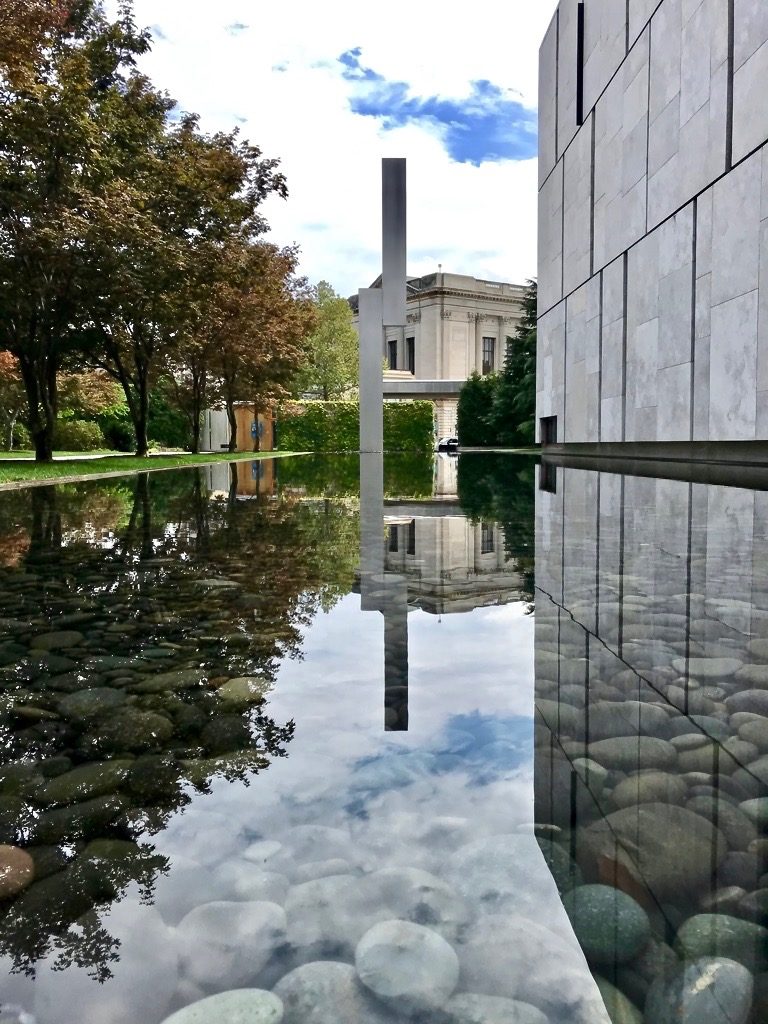 Is street style THE style above all the others?