Home Blog The History of Pink by Valerie Steele
Blog

The History of Pink by Valerie Steele

Last Monday, during my Fashion Marketing class, we saw this interesting lecture about the history of pink hold by Valerie Steele, an American fashion historian. During her lecture – that I advise you to listen to – she explains what lead to the wide  conception we have today about the color pink.

As anyone can imagine the majority of people now associate pink to girls and blue to boys. In addition to this, pink is often considered an unserious and controversial color that you either love or hate. The point is that it wasn’t always like this, things changed throughout the centuries.

In Asian countries, specifically Japan, India and China, pink is a really popular color and has always been used by both sexes, and this is currently happening. The pink color moved to Europe thanks to trades, but during the European Middle Age, this dye was considered more as a pale shade of red than a real color.

The dye started to be rethought in the 18th century when a new type of color came from Brazil and South America. Needless to say that the center of this global change in Paris. At that time, the capital of France was also the capital of fashion trends, so in this way with its big influence and the one of Madame de Pompadour the color pink started to be worn by both men and women. 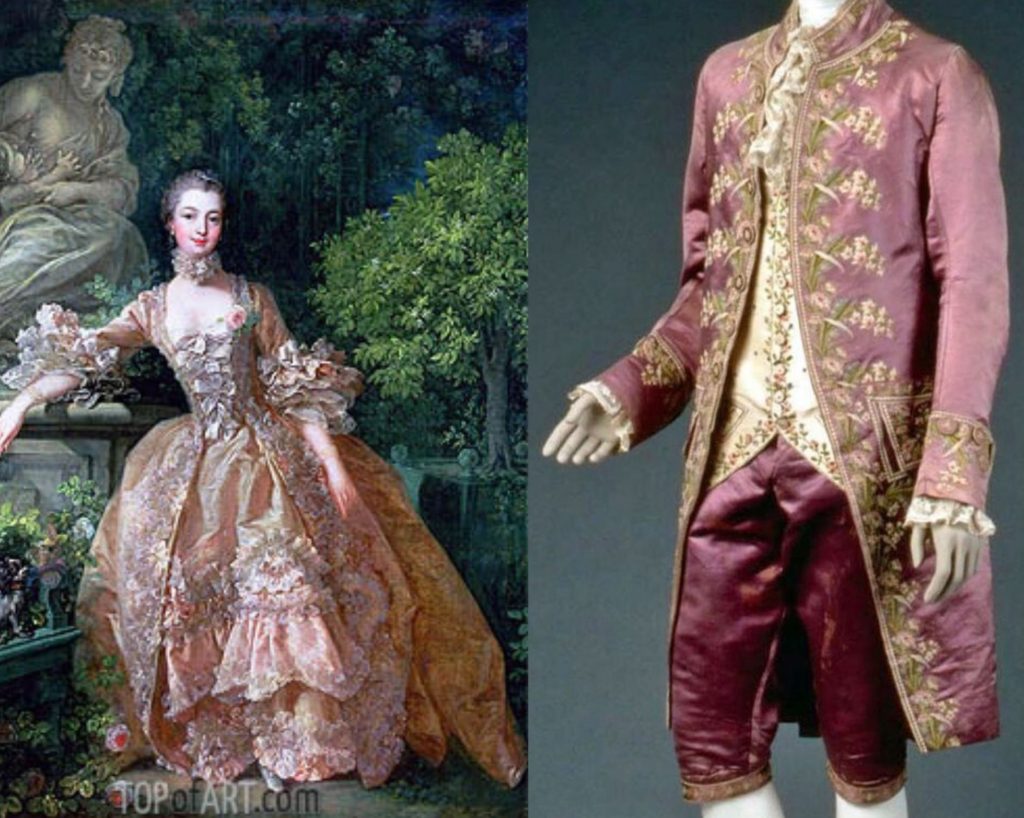 So until the 19th century, pink was a no-gender color. Then, as always, conceptions started to shifts. The rise of capitalism and democracy lead to a drastic drop in usage of color in men’s garments and as a consequence a feminization of the color pink.

The conception of pink we have now can almost be entirely traced to “Little Women” (published just after the Civil War), when after the birth of two twins – a boy and a girl – they say that in order to distinguish them it was better to make the boy wore a blue ribbon and the girl a pink one.

In a nutshell, according to Valerie Steele, it’s in that moment that the bond blue-boy and pink-girl starts to have the meaning of versus and not of “any gander can wear any color”.

The Evolution of High Heels