The power of brands’ campaigns

The Business of Fashion magazine last year published this interesting article on how brands are now trying to engage their customers more creatively. In fact, just posting on social media is not enough anymore. The new brand campaigns have to be an original and powerful tool to involve consumers and to do so. Here their top 10 best campaign and the power of brands’ campaigns.

Gucci launched illustrated campaigns by Spanish artist Ignasi Monreal, for example. His subjects in these illustrations are all about mermaids, tigers, and knights, all wearing Gucci clothing, eyewear, and accessories. Fenty X Puma creator’s Rihanna has teamed up with Glen Luchford to shoot. The brightly colored, logo-heavy collection pops out against the stark desert backdrop as motorbikes fly overhead.

Calvin Klein has revisited the rural location of his #MyCalvins campaign, with an unshakably sinister undertone, the creative director’s outsider-perspective on America. GmbH has created a campaign called “Europe Endless”, where the models are second-generation immigrants. Loewe‘s creative director Jonathan Anderson teamed up with his longtime collaborator Steven Meisel, Pat McGrath and Guido Palau to create “Fruits” to symbolize the insatiable appetite to consume fashion. 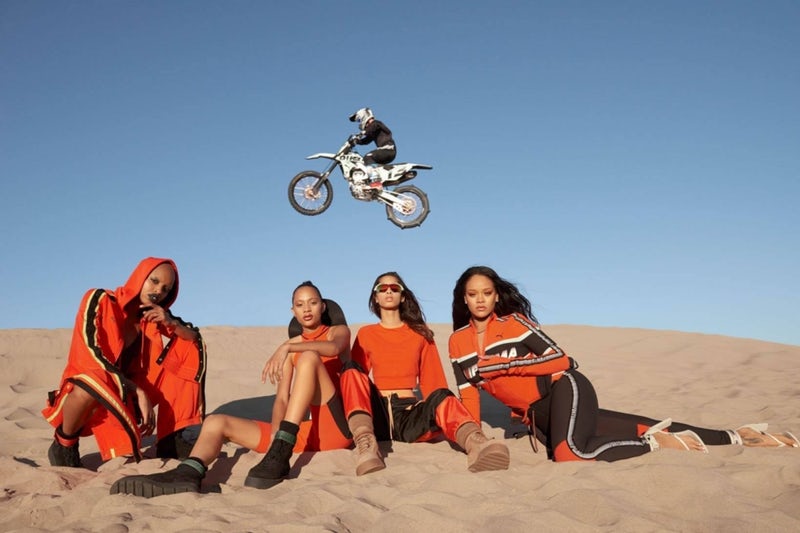 Balenciaga steps into the shoes of the paparazzi with a campaign set outside the brand’s Rue Saint Honoré store in Paris. The images were released sporadically across Balenciaga’s social media platforms, mimicking in more ways than one, the celebrity gossip news cycle. Raf Simons collaborated with Willy Vanderperre and was influenced from the 1982 film “Bladerunner” resulting evocative and dystopian.

Céline hired Phoebe Philo as a photographer who enlisted Juergen Teller and model Binx Walton in this poolside shoot with pops of color and clashing prints. Burberry did a campaign with bright neon pops of color appear throughout the label’s infamous heritage check, as outgoing creative director Christopher Bailey, in his final act, chose to infuse the collection with the LGBTQ+ rainbow. Missoni asked the UK-born fashion photographer Harley Weir to shoot Kendall Jenner and Filip Roseen in the desert, producing a striking and fresh campaign.

So, what’s the power of brands’ campaigns? From these 10 best campaigns it’s clear that eye-catching pictures can do more than any way of advertising. And one way to create this great campaign is hiring the right photographer, that can transform the mood in reality and that embrace the creative director’s point of view in a matter of minutes. Also, the choice of the models can change everything. Would you rather have the IT model or influencer of the moment or an unknown face in your ads campaign?

My London travel guide: the must-see of the city

How brands engage us? Their powerful campaigns