Will Photoshop stop to modify bodies in magazine covers?

Welcome back, guys! Last time I talked about why we dress the way we do. Also this time I will try to talk about the unconscious side of fashion. I was watching this fabulous TED talk of Jean Kilbourne about “The dangerous ways ads see women” and I was so shocked that I didn’t know what to think about the way women are often pictured in ads. I really advise you to take a look, it makes you think about many aspects of advertising that many times are undervalued or unnoticed.

She starts explaining the pattern she noticed in ads in the late 1960s. Women were displayed – I don’t even know to describe it – in a funny, ridiculous, mortifying, and sexualized way. She explains that women were offered fewer job opportunities, and so for them, the best way to make money was modeling. She experienced it, but she soon realized it was a world full of sexual harassment. Unfortunately that’s not the point of my today post, even though the topic is though and should be treated.

We all know the massive power of advertising. Even if we don’t pay attention to ads, they settle in our minds unconsciously, and they lie in our subconscious. That’s the core matter. The problem in today’s ads is the worst ever. The image of women, and sometimes also men, are distorted and unreal. Women are pictured always young, thin, beautiful, perfect, as if the time can’t scratch them, as alive Barbies. Thanks Photoshop. Thank you, because you give me the possibility to adjust the light and the colors of the beautiful picture I’ve taken at the Top of the Rock in New York City, but mostly thank you because you made me think that I will never be enough for this world, as far as concern my aesthetic, or at least for working in fashion. That’s the subconscious power of ads. We can’t pretend they don’t forge our perception of the world. Because they do it. 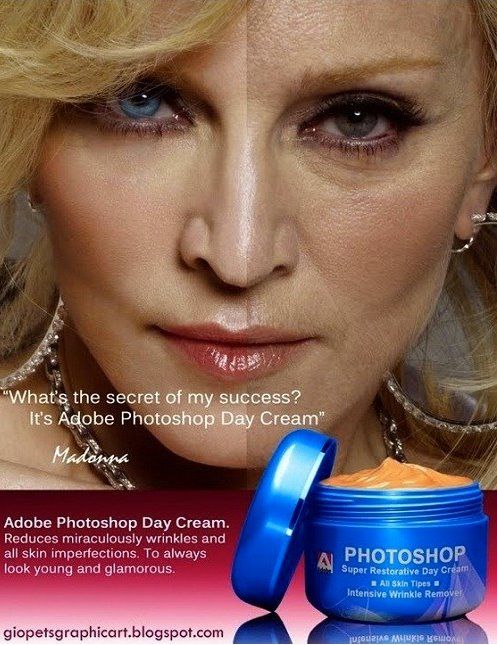 Photoshop is easy. You just click some buttons, you work for some hours and you can deliver that perfect image, body, and representation that no one could ever achieve. They even change the color of the skin, and they even photoshop young girls. Nothing is more real. Girls and women receive every day these misleading messages and they start suffering low self-esteem, eating disorders, and depression. Those who suffer the most are teens, bombarded during a troubled and insure age.

But in the last few years, something started to change. Many celebrities have spoken out against the use of Photoshop on their own body. Names as Zendaya, teen lighthouse; Keira Knightley, Lorde, who in a tweet reminded that having flaws is ok; Kate Winslet, the famous actress of Pretty Little Liars Ashley Benson, Lady Gaga who said “It is fair to write about the change in your magazines. But what I want to see is the change on your covers… When the covers change, that’s when culture changes.”, and even the Victoria Secret’s angel Gisele Bündchen. If people like them, that we always consider perfect have flaws and “need” Photoshop, join this battle everyone one should see the world and covers of magazine for what they really are.

Julia Bluhm, a 15 years old girl, in 2012 launched a petition asking Seventeen Magazine to limit the use of Photoshop and she succeeded. The world is changing. The new generations (especially the Gen Z) are arising against dogma that until now where accepted. Women are no longer alone. Books, films, movements are growing every day more. Will the new generation change the way fashion and magazine covers are done, or not? 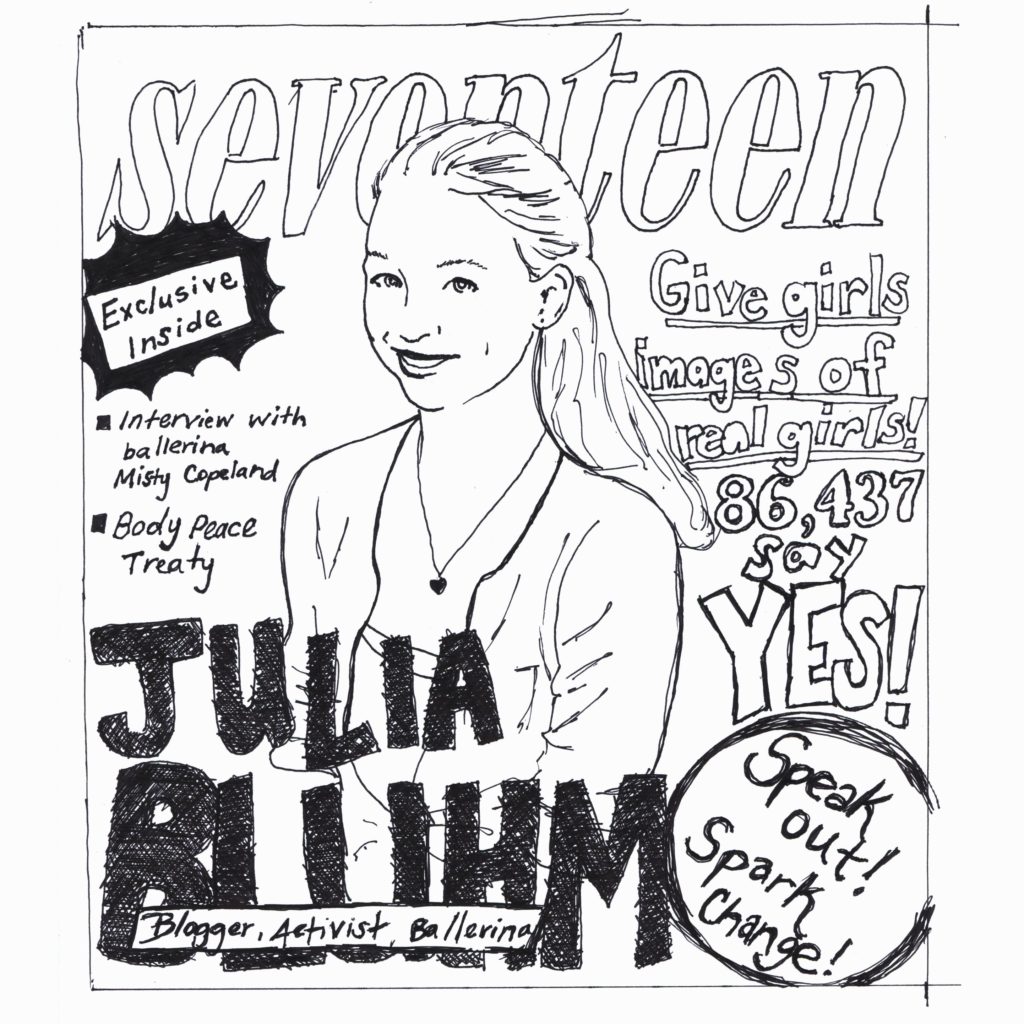 Cettina Bucca and her “Myth and Magic” collection